House Research Institute
Dr. William F. House in 1981 with Tracy Husted, the first pre-school-age child to get a cochlear implant.

Dr. William F. House, a medical researcher who braved skepticism to invent the cochlear implant, an electronic device considered to be the first to restore a human sense, died on Dec. 7 at his home in Aurora, Ore. He was 89.

The cause was metastatic melanoma, his daughter, Karen House, said.

Dr. House pushed against conventional thinking throughout his career. Over the objections of some, he introduced the surgical microscope to ear surgery. Tackling a form of vertigo that doctors had believed was psychosomatic, he developed a surgical procedure that enabled the first American in space to travel to the moon. Peering at the bones of the inner ear, he found enrapturing beauty.

Even after his ear-implant device had largely been supplanted by more sophisticated, and more expensive, devices, Dr. House remained convinced of his own version’s utility and advocated that it be used to help the world’s poor.

Today, more than 200,000 people in the world have inner-ear implants, a third of them in the United States. A majority of young deaf children receive them, and most people with the implants learn to understand speech with no visual help.

Hearing aids amplify sound to help the hearing-impaired. But many deaf people cannot hear at all because sound cannot be transmitted to their brains, however much it is amplified. This is because the delicate hair cells that line the cochlea, the liquid-filled spiral cavity of the inner ear, are damaged. When healthy, these hairs — more than 15,000 altogether — translate mechanical vibrations produced by sound into electrical signals and deliver them to the auditory nerve.

Dr. House’s cochlear implant electronically translated sound into mechanical vibrations. His initial device, implanted in 1961, was eventually rejected by the body. But after refining its materials, he created a long-lasting version and implanted it in 1969.

More than a decade would pass before the Food and Drug Administration approved the cochlear implant, but when it did, in 1984, Mark Novitch, the agency’s deputy commissioner, said, “For the first time a device can, to a degree, replace an organ of the human senses.”

One of Dr. House’s early implant patients, from an experimental trial, wrote to him in 1981 saying, “I no longer live in a world of soundless movement and voiceless faces.”

But for 27 years, Dr. House had faced stern opposition while he was developing the device. Doctors and scientists said it would not work, or not work very well, calling it a cruel hoax on people desperate to hear. Some said he was motivated by the prospect of financial gain. Some criticized him for experimenting on human subjects. Some advocates for the deaf said the device deprived its users of the dignity of their deafness without fully integrating them into the hearing world.

Even when the American Academy of Ophthalmology and Otolaryngology endorsed implants in 1977, it specifically denounced Dr. House’s version. It recommended more complicated versions, which were then under development and later became the standard.

But his work is broadly viewed as having sped the development of implants and enlarged understanding of the inner ear. Jack Urban, an aerospace engineer, helped develop the surgical microscope as well as mechanical and electronic aspects of the House implant.

Karl White, founding director of the National Center for Hearing Assessment and Management, said in an interview that it would have taken a decade longer to invent the cochlear implant without Dr. House’s contributions. He called him “a giant in the field.”

After embracing the use of the microscope in ear surgery, Dr. House developed procedures — radical for their time — for removing tumors from the back portion of the brain without causing facial paralysis; they cut the death rate from the surgery to less than 1 percent from 40 percent.

He also developed the first surgical treatment for Meniere’s disease, which involves debilitating vertigo and had been viewed as a psychosomatic condition. His procedure cured the astronaut Alan B. Shepard Jr. of the disease, clearing him to command the Apollo 14 mission to the moon in 1971. In 1961, Shepard had become the first American launched into space.

In presenting Dr. House with an award in 1995, the American Academy of Otolaryngology-Head and Neck Surgery Foundation said, “He has developed more new concepts in otology than almost any other single person in history.”

William Fouts House was born in Kansas City, Mo., on Dec. 1, 1923. When he was 3 his family moved to Whittier, Calif., where he grew up on a ranch. He did pre-dental studies at Whittier College and the University of Southern California, and earned a doctorate in dentistry at the University of California, Berkeley. After serving his required two years in the Navy — and filling the requisite 300 cavities a month — he went back to U.S.C. to pursue an interest in oral surgery. He earned his medical degree in 1953. After a residency at Los Angeles County Hospital, he joined the Los Angeles Foundation of Otology, a nonprofit research institution founded by his brother, Howard. Today it is called the House Research Institute.

Many at the time thought ear surgery was a declining field because of the effectiveness of antibiotics in dealing with ear maladies. But Dr. House saw antibiotics as enabling more sophisticated surgery by diminishing the threat of infection.

When his brother returned from West Germany with a surgical microscope, Dr. House saw its potential and adopted it for ear surgery; he is credited with introducing the device to the field. But again there was resistance. As Dr. House wrote in his memoir, “The Struggles of a Medical Innovator: Cochlear Implants and Other Ear Surgeries” (2011), some eye doctors initially criticized his use of a microscope in surgery as reckless and unnecessary for a surgeon with good eyesight.

Dr. House also used the microscope as a research tool. One night a week he would take one to a morgue for use in dissecting ears to gain insights that might lead to new surgical procedures. His initial reaction, he said, was how beautiful the bones seemed; he compared the experience to one’s first view of the Grand Canyon. His wife, the former June Stendhal, a nurse, often helped.

She died in 2008 after 64 years of marriage. In addition to his daughter, Dr. House is survived by a son, David; three grandchildren; and two great-grandchildren.

The implant Dr. House invented used a single channel to deliver information to the hearing system, as opposed to the multiple channels of competing models. The 3M Company, the original licensee of the House implant, sold its rights to another company, the Cochlear Corporation, in 1989. Cochlear later abandoned his design in favor of the multichannel version.

But Dr. House continued to fight for his single-electrode approach, saying it was far cheaper, and offered voluminous material as evidence of its efficacy. He had hoped to resume production of it and make it available to the poor around the world.

Neither the institute nor Dr. House made any money on the implant. He never sought a patent on any of his inventions, he said, because he did not want to restrict other researchers. A nephew, Dr. John House, the current president of the House institute, said his uncle had made the deal to license it to the 3M Company not for profit but simply to get it built by a reputable manufacturer.

Reflecting on his business decisions in his memoir, Dr. House acknowledged, “I might be a little richer today.” 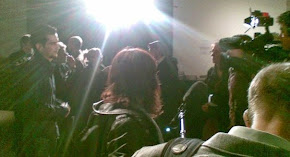 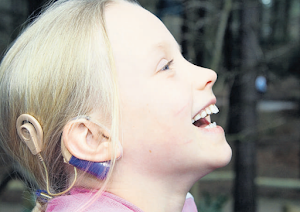